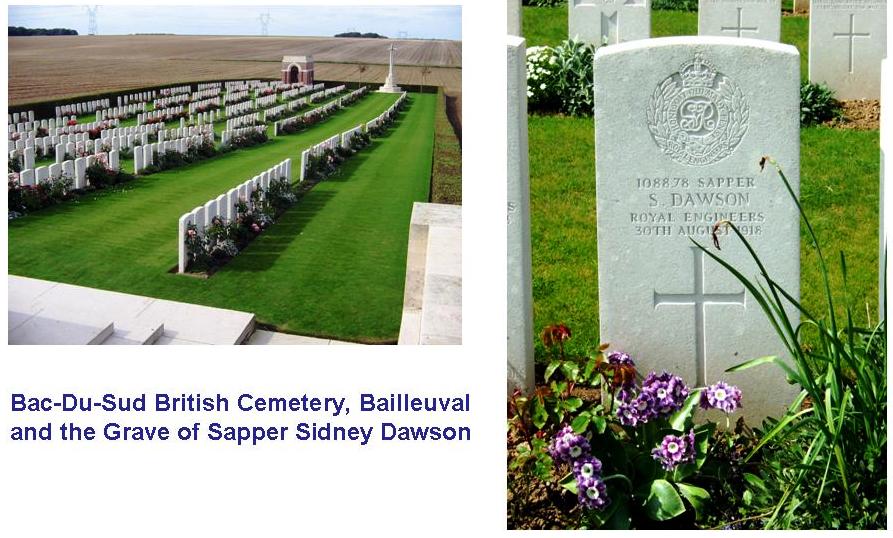 At that time he was living at 10 Morten Street, Grantham, the home of his sister, Mrs Ethel Heath. However, his next-of-kin was given as his father, William, of Ruskington. William had only recently moved to the village from South Rauceby (see below), probably not long before the death of his wife, Annie, in August 1915.

Ten years later (1901 Census RG 13/3051) only Harold and Sidney were still at the family home, where Sidney was employed as an “Apprentice Joiner“. By 1911, however, he had moved to 33 Grantley Street, Grantham, the home of his sister, Ethel, her husband, Charles (Heath) and their family.

Sidney enlisted in the Royal Engineers, at Grantham, Lincolnshire, on 10 December 1915 and posted to the Army Reserve two days later. He was mobilised on 10 August 1916, at Chatham, Kent, and his occupation of ” Carpenter and Joiner – Skilled ” was noted on his Service Record.

The 416th, 1st (Edinburgh) Company, was originally a Fortress Company and had been posted to Egypt in December 1915 , and there attached as Army Troops. The Company moved to France and joined 56th (London) Division in May 1916 where Sidney would have joined it. At the time of Sidney’s death 56th (London) Division was engaged in The Battle of the Scarpe (26 – 30 August 1918) a phase of the Second Battle of Arras (26 August – 3rd September) and it was in this action that he probably suffered the wounds from which he died.

Sidney died in the 45th Casualty Clearing Station, at Bailleulval, on 30 August 1918 after receiving ” Gun Shot Wounds – Chest “. In total he had served 2 years 264 days with the Colours, the final 1 year 164 days in France. 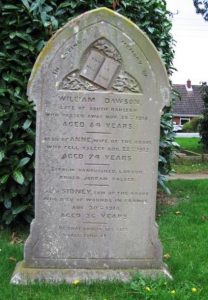 He was buried in Grave III. C. 23., Bac-Du-Sud British Cemetery, Bailleuval, near the CCS where he died, which contains 688 Commonwealth burials of the First World War.

Sidney is commemorated on the Grantham War Memorial and also on his parents’ grave (B. 22) in Ruskington Cemetery, Old Plot, pictured right.

It is, of course, unlikely that he ever lived in Ruskington and his parents did only at the end of their lives.